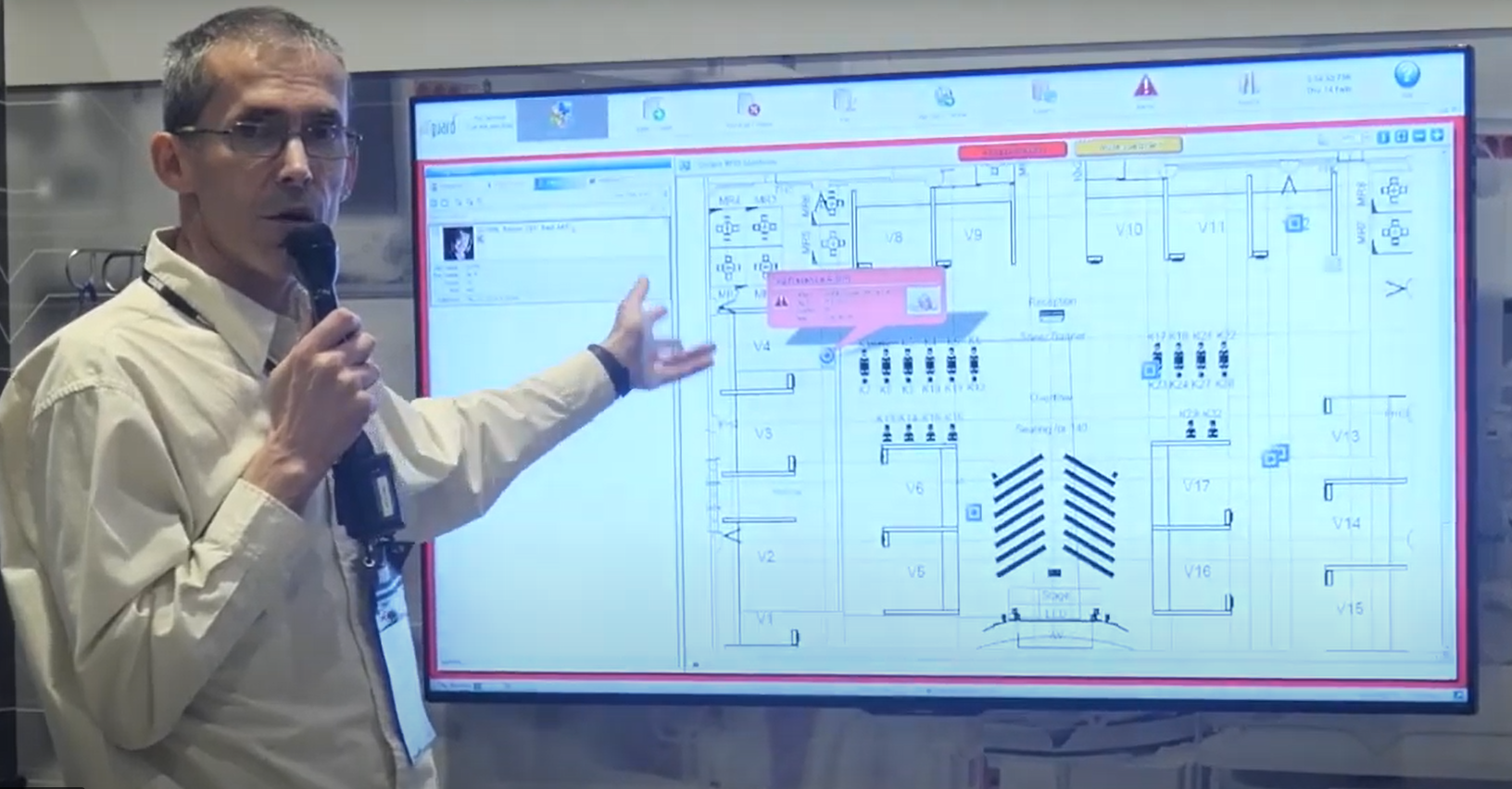 We provided location services to the Interoperability Showcase

Wednesday, April 6, 2016, Las Vegas/Vancouver: For the third year in a row, GuardRFID played a dual role at the recent HIMSS 2016 Interoperability Showcase at the Sands Expo Center, Las Vegas. We provided location services to the Interoperability Showcase, demonstrating our ability to integrate effortlessly with other solution providers at 2 vignettes, the Neonatal ICU and Labor and Delivery. Though our presentations focused on the integration with other systems, we received constant requests at both vignettes to locate a friend, a business associate for a meeting, or any of the showcase volunteers who were carrying tags. Many of the Showcase staff and visitors even downloaded the AllGuard app from Apple’s App Store or the Google Play Store to locate their associates through their smart phone. This was a true testament to the system’s ability to pinpoint staff and asset locations within the 34,000 square foot showcase.

Groups of 5 to 35 people were brought to individual segments of the Neonatal and Labor and Delivery showcases. They were then “walked and talked” through the various demonstrations by each vendor. Over 50 demonstrations were performed by GuardRFID over the 3 days for a variety of hospital administrators, nurses, department leaders, and government personnel; both local and from around the world and places as far away as Holland. The interest level was very high, making for a busy and exciting showcase.

Bill Latulippe, who was one of the representatives of Guard RFID at the Showcase says, “In very plain language I can say that we demonstrated how to locate and protect a tagged infant as well as how we can easily and quickly identify and locate any particular tagged asset.

GuardRFID’s AllGuard hardware and software platform provided location services to many of the other manufacturers’ solutions. Patient and equipment location was sent through the use of the established HL-7 standard in accordance with the IHE-PCD domain which is already omnipresent in healthcare environments. The integration was achieved without developing any proprietary interfaces between systems, but rather through the use of the standardized MEMLS profile (Medical Equipment Management, Location Services). Patients’ locations are reported directly to the EMR and equipment consoles, along with all patient care devices having an asset tag, improving the reliability of care to the patient. Perimeter protection was demonstrated by GuardRFID’s TotGuard Infant Security system. Code Pink events from the TotGuard system were sent to alarm management software using the same IHE-PCD MEMLS profile.

Our 24/7 support team is ready to assist you.